Home > Biographies & Memoirs > Life As I Know It - Michelle Payne

Life As I Know It - Michelle Payne 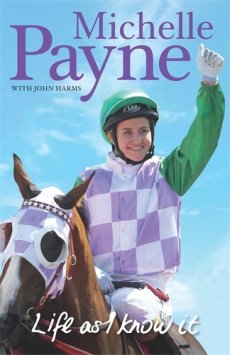 'There are great people in life who give you inspiration to keep going and get through the hard times. I have been blessed to have such role models in my life. It would be a privilege if achieving my dream could inspire the next generation.'—Michelle Payne

In Life As I Know It, Michelle Payne tells her deeply moving story. It will lift your spirits, stir your heart and give you courage.

Michelle was six months old, the youngest of eleven children, when the family was hit with the tragic death of their mother, Mary. Their father, Paddy, a renowned horseman, raised his children alone. As a family, they all took on the daily demands of racehorses and a dairy farm as well as school and work. Family meant everything.

Michelle was put on a horse aged four. At five years old her dream was to win the Melbourne Cup. At thirty she rode into history as the first female jockey to win the Cup. Her strapper was her brother, Stevie. So when she declared that anyone who said women couldn't compete with men in the racing industry could 'get stuffed', the nation stood up and cheered.

It was a moment that inspired everyone who dreams of beating the odds.

Book Title: Life As I Know It - Michelle Payne
Publisher: Melbourne University Press
Format: Paperback
ISBN: 9780522870145
Author: Michelle Payne with John Harms
Author Notes: Michelle Payne entered racing aged 15, winning her first race in Ballarat on a horse trained by her father. Michelle won her first Group One race, the Toorak Handicap at Caulfield Racecourse aboard Allez Wonder on 10 October 2009 and trainer Bart Cummings offered her the ride at the Caulfield Cup the following week. Michelle was only the third female jockey to ride in the Caulfield Cup, one of Australia's most prestigious horse races. This also led her to a ride in the 2009 Melbourne Cup, once again riding Cummings' Allez Wonder. In 2010 Payne rode Yosei to victory in the Thousand Guineas at Caulfield.

John Harms is a Melbourne-based writer, historian, and broadcaster. His books include Confessions of a Thirteenth Man, Memoirs of a Mug Punter, and Loose Men Everywhere, which now form the omnibus Play On, the second edition of which was released in March 2016. He also wrote The Pearl: Steve Renouf's Story and has edited nine editions of The Footy Almanac annual. He appears on ABC-TV's Offsiders. He is the contributing editor of the popular sports writing site www.footyalmanac.com.au
Condition: New
Availability: In Stock